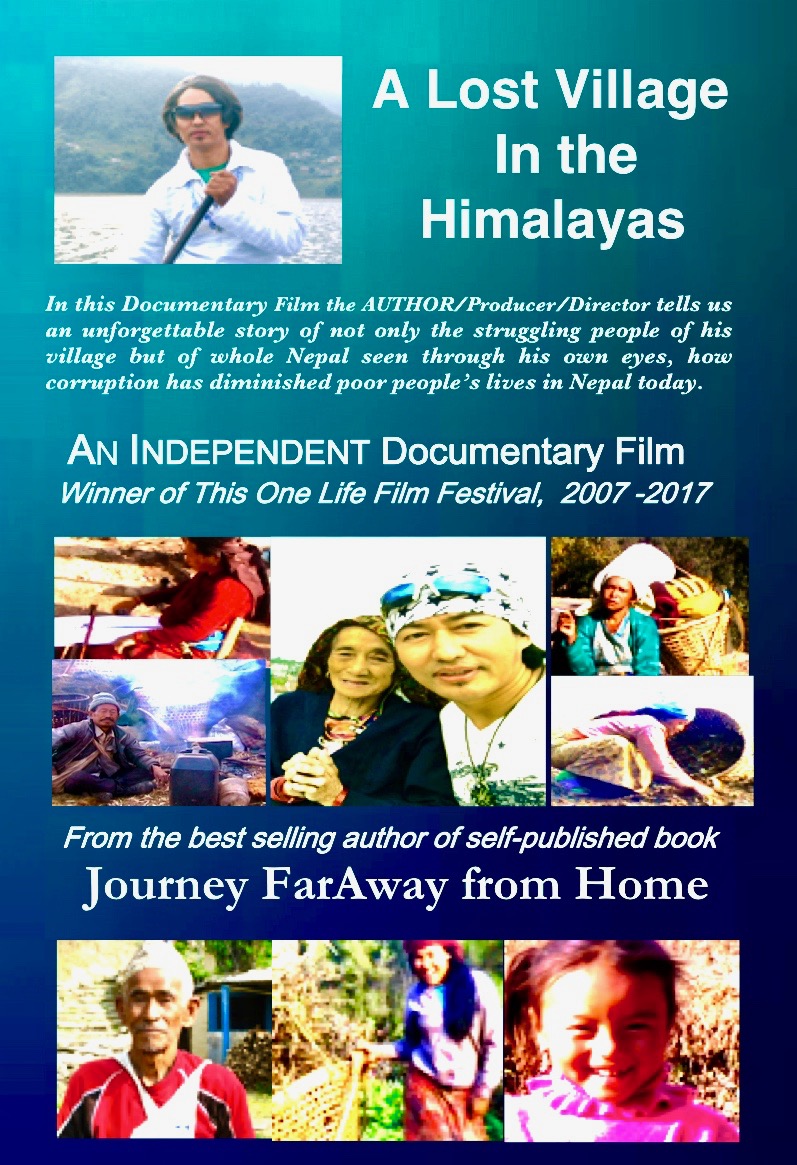 
Today, people around the world know Nepal through things like Mount Everest, Kathmandu, Chitwan National Park, but they hardly hear any stories of the many indigenous people living in the remote mountain villages. Therefore, I’ve undertaken this sharing of heartfelt stories of their lives seen through my own eyes. As time goes by, sadly, many of these beautiful indigenous cultures will keep vanishing from around the world. Growing up in the village, being able to experience so much beauty within its community of honest, sincere, and loving people, who embraced moral values under dignity, love, and respect I was blessed with life.

Inspired by their beautiful spirits, life never taken for granted, I’ve put my heart and soul into creating this film from over 160 hours of video footage that I’ve taken. In this documentary film, you’ll get to see the true compassion of love lived through the eyes of these villagers in the west part of Nepal. I’ve spent over seventeen years completing this film project in hopes of adding to the color of humanity. A film that will truly inspire you, forever! The shorter version of this film is an hour long. The full version runs for two and a half hours. N A M A S T E.